This blog was originally published by the Government Outcomes (GO Lab) at the University of Oxford.

Today marks the release of a new report which seeks to move beyond the polarized debate around social impact bonds (SIBs). It focuses instead on the state of the SIB market and the challenges, barriers, and frustrations that SIB specialists have encountered in their efforts to grow this market. With funding from a grant from the Social Sciences and Humanities Research Council (SSHRC), I have spent the past three years traveling through the “SIB space” in Canada, the US, and the UK speaking with SIB specialists, investors, providers, and members of government. The report, From Visions of Promise to Signs of Struggle: Exploring Social Impact Bonds and the Funding of Social Services in Canada, the U.S., and the UK, is the result of that journey.

Why have I undertaken this research?

With the ten year anniversary of the Peterborough Social Impact Bond rapidly approaching, this is the perfect time to pause and reflect on the state of social impact bonds (SIBs) and what the future might hold. While there is by now an extensive body of academic and policy research, much of this work has focused on the question of whether SIBs are ultimately ‘good’ or ‘bad’ or, more recently, teasing out the essential features of ‘good’ versus ‘bad’ SIBs. However, many argue that this has led to an increasingly polarized debate. For advocates, SIBs are an opportunity to bring the capital and expertise of the financial sector to help address society’s most intractable social problems. Critics contend that the model has failed to deliver on key promises and represents a slippery slope towards the privatization, marketization, and financialization of the social sector.

The common dilemma for SIBs

While considerable optimism continues to surround SIBs and more broadly Pay for Success (PFS) programmes (often called outcomes-based commissioning in the UK), one of the key findings from this research is that SIB markets in all three countries have struggled to grow and scale. The pace of growth has been slower than expected, and the size of deals and the value of these markets remain quite small especially when compared to related markets in impact investing (US), social investment (UK), and public services. When looking at these struggles, concerns around cost, complexity, and data access were cited in all three countries.

The research also revealed a series of deeper challenges that were unique to each market. In the UK, SIB specialists have struggled to engage local government. In the US, securing investors has been a key challenge with some prospective investors put off by the perceived risks of these projects. In Canada, SIB specialists have faced challenges on multiple fronts including a lack of suitable providers, limited investor interest, and a more reticent and risk averse public sector.

While these challenges vary across the three countries, they reflect a common dilemma: although SIBs promise a win-win-win scenario in which providers, government, and investors all benefit, in practice the circumstances in which this alignment of interests is possible (what respondents described as the “SIB sweet spot”) are much more limited than is often acknowledged. In practice, the interests of these groups have been difficult to align with many prospective projects foundering between feasibility and execution. Governments are looking to transfer the risk of these deals to investors while realizing real cost savings. Investors want to maximize their returns (no matter how modest) and minimize their risks. And providers are often ambivalent, appreciating the infusion of longer-term and more flexible capital, but often lacking the capacity to participate in these transactions or struggling to see their value given the demands and expense of the model.

What this means for the future of SIBs

In view of these challenges and tensions, which are in many respects intractable and not easily overcome, I argue in the report that SIBs are, and are likely to remain, a relatively small, niche market. So, the question becomes what this market should look like moving forward.

One possibility is to modify and expand the model. Indeed, the market has already undergone a significant evolution along these lines with SIB specialists stretching the model and developing new service lines. This is especially evident in the US where several key advisory firms have moved away from the effort to engage private capital and are instead focused on applying some of the core principles of PFS (e.g. performance management and new forms of data analysis) to improve the effectiveness and outcomes of existing government spending streams. Where attracting private capital remains a key objective, US SIB specialists have pursued more standardized and streamlined forms of contracting such as rate cards. These are perceived to offer a route to greater scale and a way to attract a wider range of investors. However, rather than stretching the definition of SIBs as way to scale up, the report suggests that the better option might be to scale back and return to something more akin to the original Peterborough model. Here SIBs could be reserved for testing programs that are truly innovative and preventative in nature with an emphasis on systems-level change. Given the risky nature of these types of projects, this would primarily be a philanthropic market with ‘investments’ used to test program models and develop cases for public funding.

The report details six principles which might guide these SIBs of the future:

At the same time, in recognizing the limits of the SIB market, there is a need to explore other solutions to the funding challenges faced by the nonprofit sector (known in the UK as the VCSE sector). A frequent refrain of SIB specialists is that SIBs are only one tool in the toolbox. However, with SIBs consuming considerable attention, time, and resources, little thought has been given to what these other tools might look like. There is thus a need to continue to innovate and to look for other options and approaches that might be better suited to the larger number of small and medium-sized nonprofits that are doing excellent work but which continue to struggle in the current funding environment. The return to more traditional forms of grant-based funding may be one such option. Ultimately, by recognizing the limits not necessarily of the SIB model but rather the SIB market, the report offers a slightly different vision of the future of (and beyond) SIBs and thus hopefully stands as a valuable contribution to ongoing discussions around how best to tackle prevailing forms of social inequality, injustice, and marginalization. 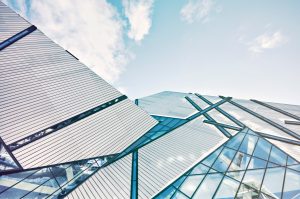 From Visions of Promise to Signs of Struggle: Exploring Social Impact Bonds and the Funding of Social Services in Canada, the US, and the UK.